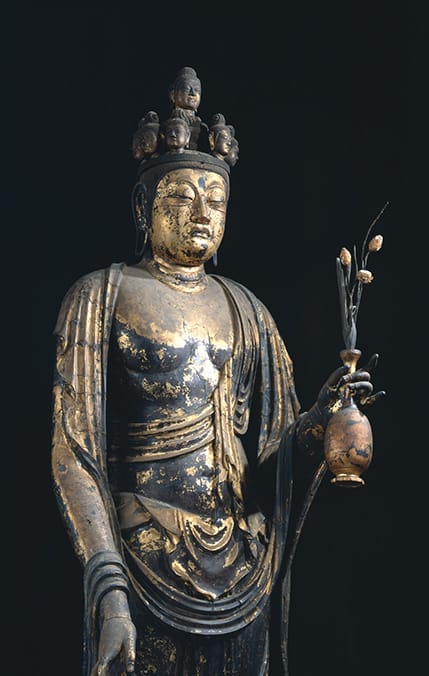 The Eleven-Headed Kannon of
Shorinji Temple

This statue represents Kannon, also known as the bodhisattva of mercy. Kannon is believed to protect people from illness and help them secure food and wealth. The eleven heads set atop the statue’s main head have a range of expressions, but the largest radiates compassion and tranquility. There are several interpretations of why there are eleven heads, including the belief that the lower ten represent the stages on the path to enlightenment, while the uppermost represents buddhahood.

Dating to the eighth century, this statue is noted for its gentle expression, exquisite robes, and accouterment. Scholars such as the American art historian Ernest Fenollosa (1853–1908) have compared it to some of the greatest works in Western art, including the Venus de Milo.

The statue stands 209 centimeters tall. It was originally covered with gold leaf, but much has worn off over the centuries, exposing the lacquer and wooden core beneath.

When the Japanese government ordered the separation of syncretic Buddhist temples and Shinto shrines in 1868, this statue was transferred here from Omiwadera Temple, which stands on the grounds of Omiwa Shrine.

Shorinji is a Buddhist temple of the Shingon sect. It was established in 712 as a place to pray for the prosperity of the Fujiwara clan, a powerful family closely connected with the imperial court. Due to damage sustained from multiple fires over the centuries, all of Shorinji’s buildings were rebuilt in the eighteenth century. Today, the temple houses a number of treasures, including an eighth-century Eleven-Headed Kannon statue, listed as a National Treasure. 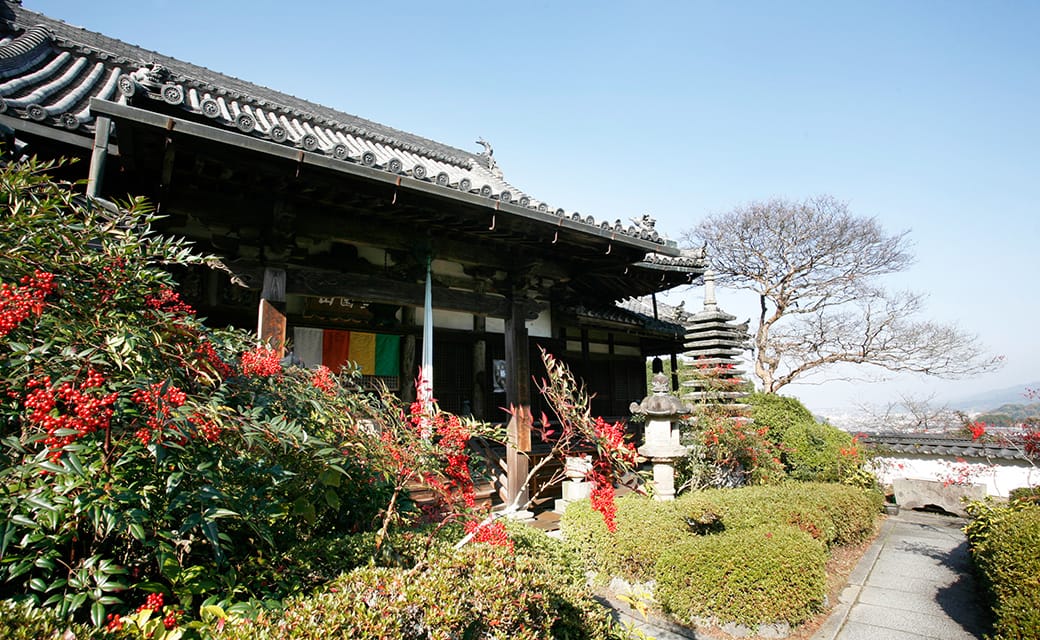 Situated on Mt. Ogura, a mountain celebrated in early Japanese literature, Shorinji commands a spectacular view of the ancient region of Yamato, the cradle of Japanese civilization and Buddhism. The Hashihaka burial mound (kofun), thought by some researchers to be that of Queen Himiko, a third-century monarch of the first Japanese dynasty, is visible in the distance. Mt. Miwa, the site of Omiwa Jinja, one of Japan’s oldest Shinto shrines, lies to the east of the tomb. 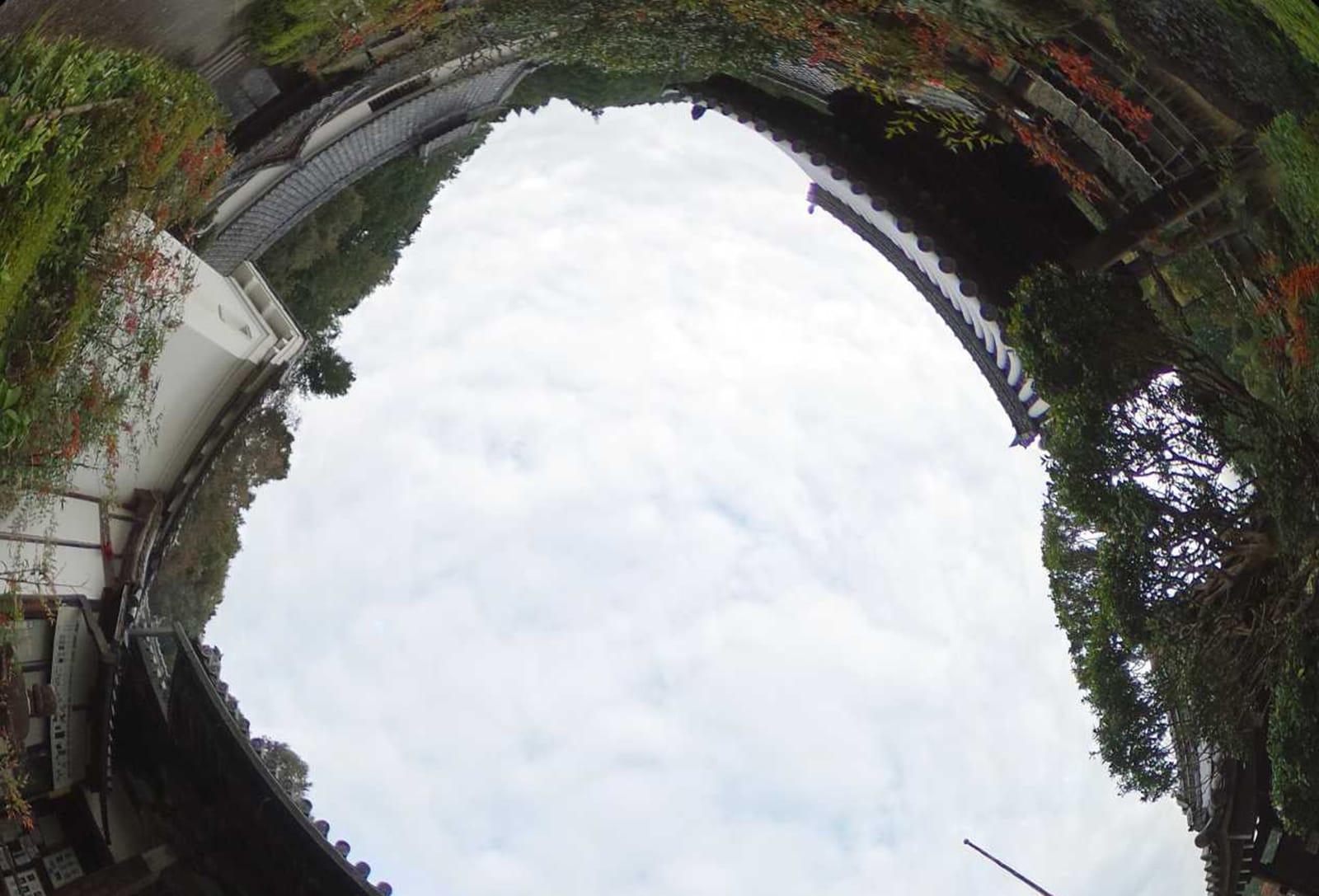 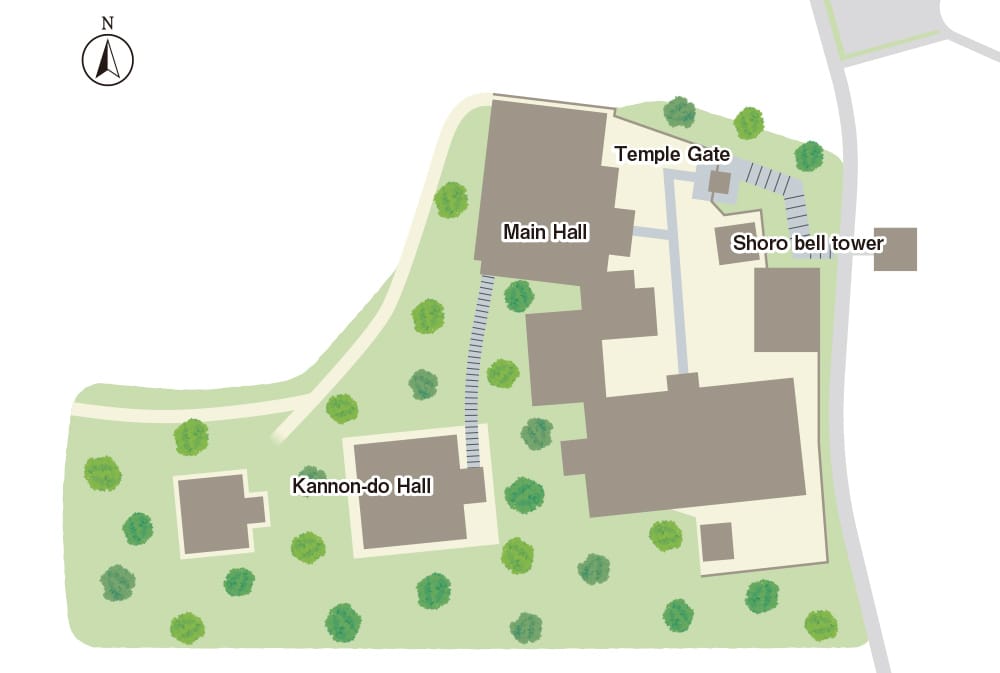