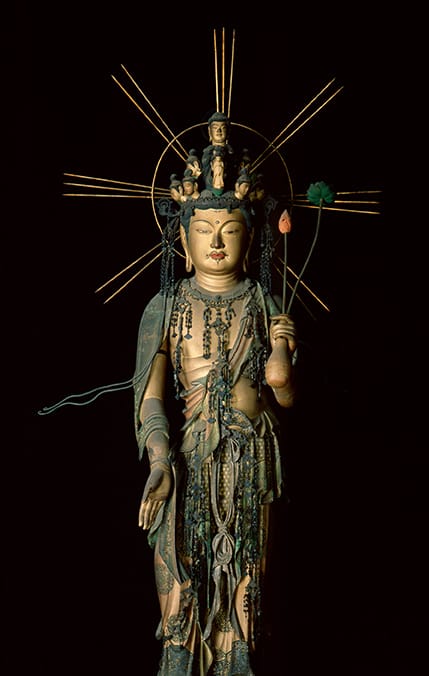 This statue of Kannon, also known as the bodhisattva of mercy, is the principal object of worship at Kairyuoji Temple. Kannon is believed to protect people from illness and help them secure food and wealth. The eleven heads set atop the statue’s main head have a range of expressions, but the largest radiates compassion and tranquility. There are several interpretations of why there are eleven heads, including the belief that the lower ten represent the stages on the path to enlightenment, while the uppermost represents buddhahood.

This statue was created in the Kamakura period (1185–1333) and was based on an Eleven-Headed Kannon statue commissioned by Empress Komyo (701–760). She was an ardent Buddhist who founded Hokkeji and supported major temples such as Todaiji and Kofukuji.

Kairyuoji Temple was originally established in the Asuka period (552–645) to enshrine Bishamonten, a protective Buddhist deity. Fujiwara no Fuhito (659–720), a powerful member of the imperial court, built a residence here that encompassed the temple compound. In 731, his daughter, Empress Komyo (701–760), renamed the temple Kairyuoji, literally “Sea Dragon King Temple.” 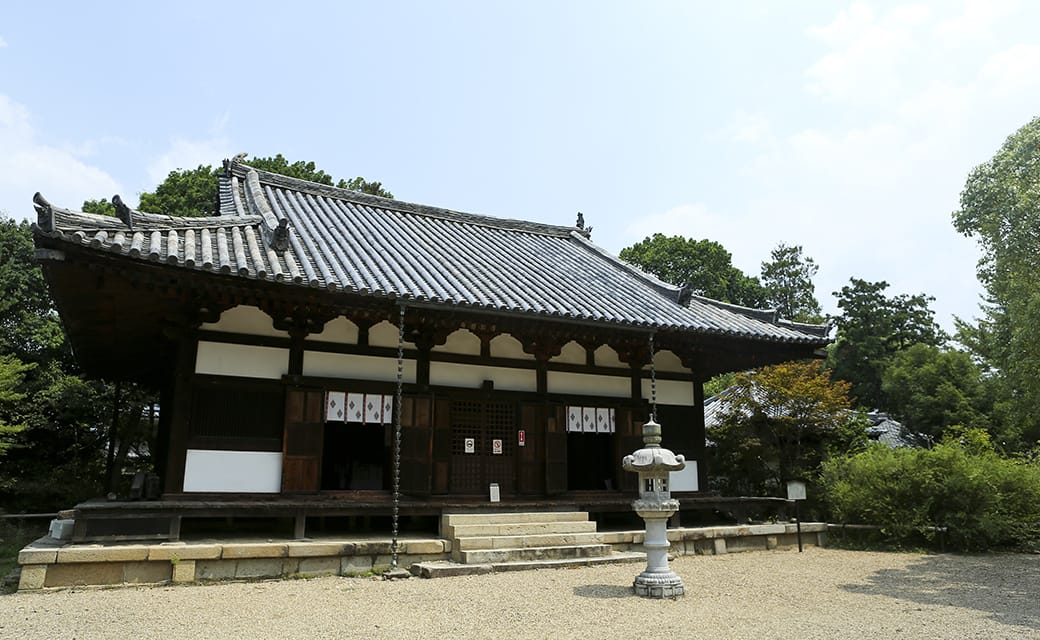 An early temple narrative relates that the eighth-century Buddhist priest Genbo had an important part in shaping Kairyuoji’s history. Genbo traveled to Tang Dynasty China to study and acquire Buddhist sutra scrolls. On his return trip, his small fleet of ships sailed into a fierce storm. Genbo continuously chanted sutras, including the Sea Dragon King sutra, to see his ship to safety. He returned to Kairyuoji with his precious cargo of 5,000 sutra scrolls, became head priest, and established Japan’s first sutra-copying center. The temple was named after the Sea Dragon King sutra.

Since then, Kairyuoji has survived various periods of decline, sustaining damage during the Onin War (1467–1477), the Keicho Earthquake (1614), and the anti-Buddhist movement of the 1870s. Kairyuoji was most recently revived after World War II. Today, it houses a number of Important Cultural Properties, including the Statue of Eleven-Headed Kannon and the Five-Story Pagoda. Many visitors pray for safety as they cross the seas on their travels or to study abroad. 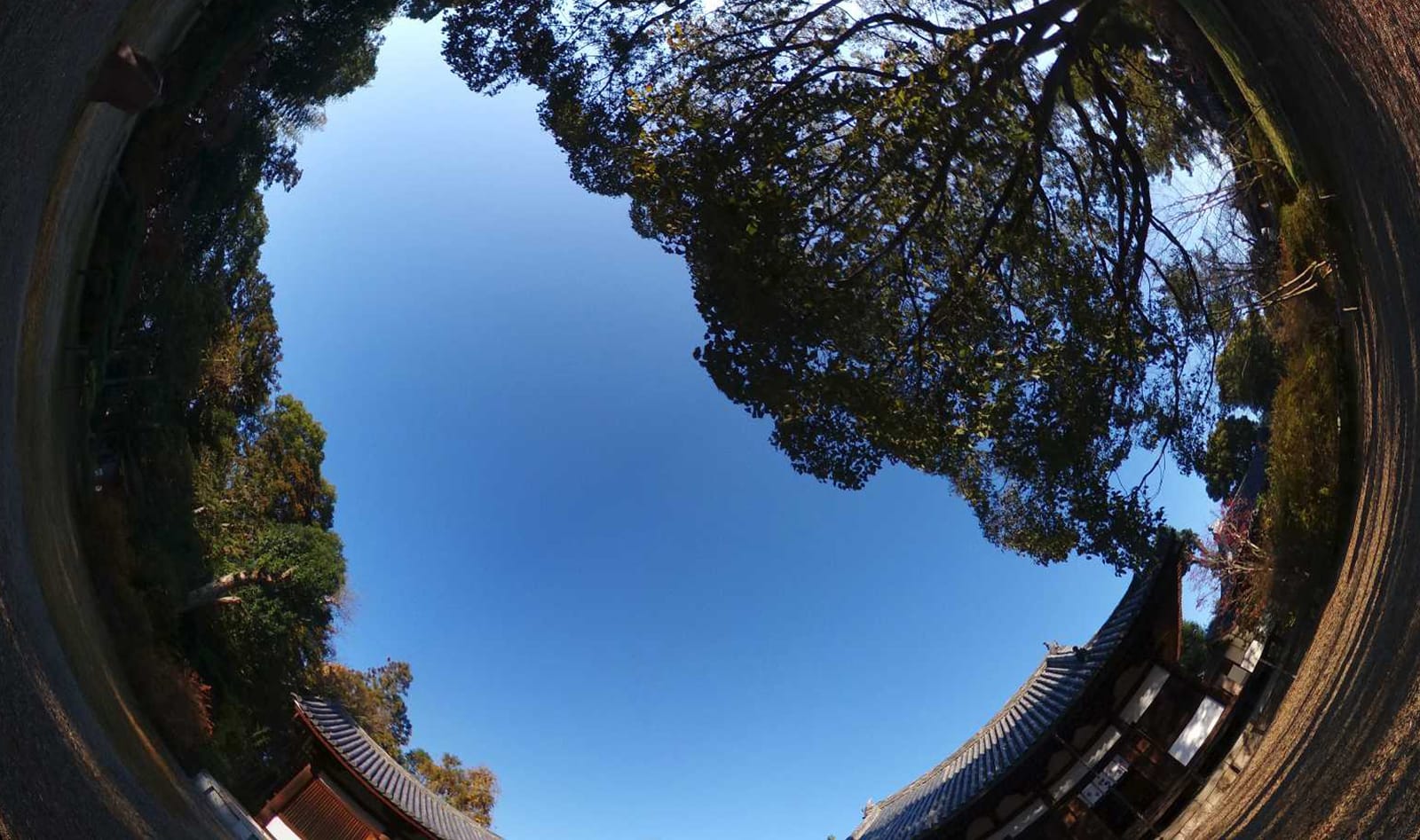 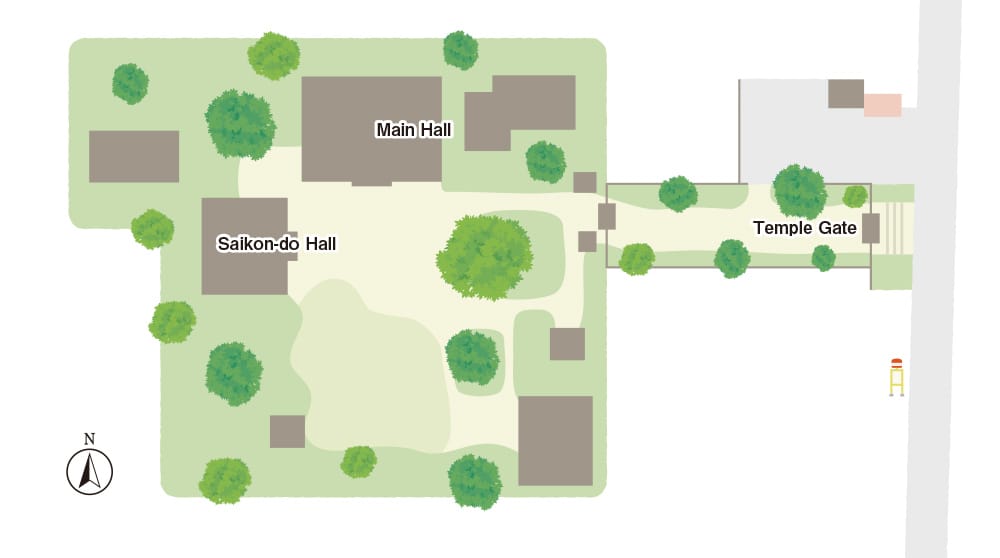