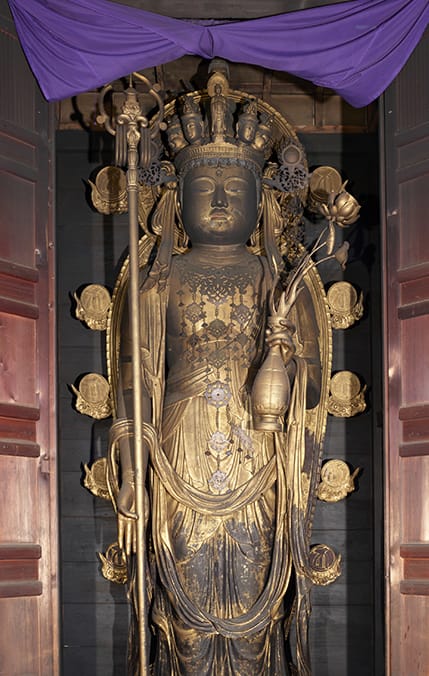 This statue represents Kannon, also known as the bodhisattva of mercy. Kannon is believed to protect people from illness and help them secure food and wealth. The eleven heads set atop the statue’s main head have a range of expressions, but the largest radiates compassion and tranquility. There are several interpretations of why there are eleven heads, including the belief that the lower ten represent the stages on the path to enlightenment, while the uppermost represents buddhahood.

This Kannon statue was modeled after the Kannon of Hasedera Temple in Nara Prefecture. It was commissioned by the Retired Emperor Toba (1103–1156) and made in 1145 in the latter part of the Heian period (794–1185), and in 1289 it was brought to Saidaiji from Kyoto on the order of Retired Emperor Kameyama (1249–1305). It has been housed in the Shio-Do since the Kamakura period.

Empress Shotoku (713–770) called for the construction of Saidaiji Temple in the eighth century as a place to pray for the peace and safety of the nation. Roughly translated as “Great Western Temple,” it was conceived as a counterpart to Todaiji Temple to the east, home of the Great Buddha of Nara, which was commissioned by her father, Emperor Shomu (701–756). Between the two temples stood the Imperial Palace of Heijo. Construction of Saidaiji began in 765 and lasted through 780. This lengthy undertaking reflects the temple’s original massive scale. It had around 110 buildings, including two magnificent pagodas, and covered an area of about 48 hectares. 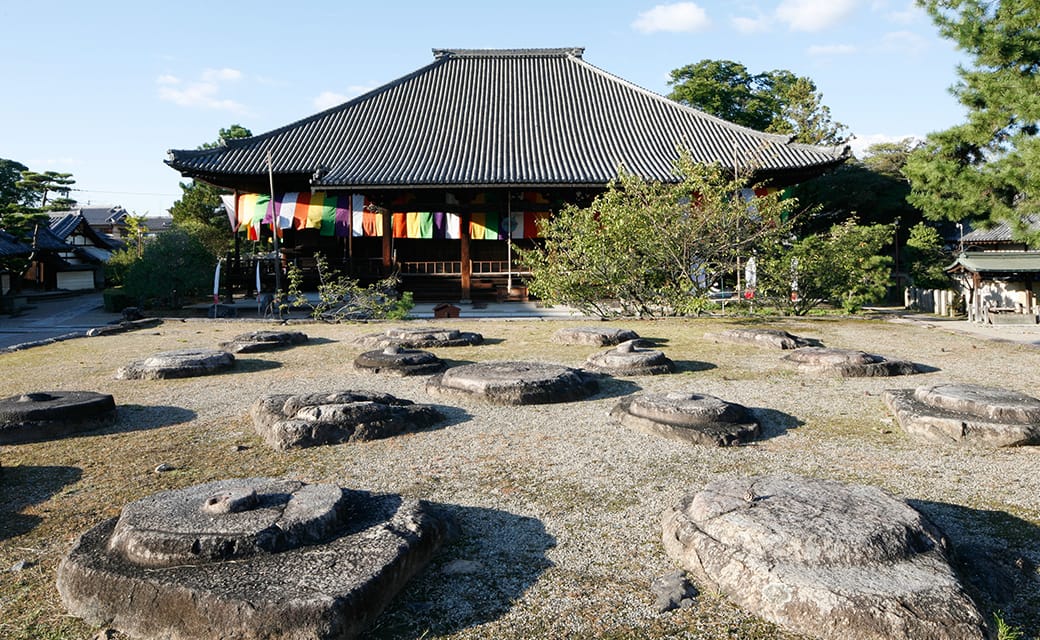 Sadly, a series of natural disasters during the Heian period (794–1185) destroyed most of the temple’s original structures. In the middle of the Kamakura period (1185–1333), the Buddhist priest Eison (1201–1290) decided to revive Saidaiji as a seminary for the Shingon Ritsu movement. Eison was a tireless Buddhist teacher who established traditions at Saidaiji that are still observed more than 700 years after his death. Saidaiji Temple continues to be a center of Shingon Risshu teaching, as well as an important place of worship for people in the local community. 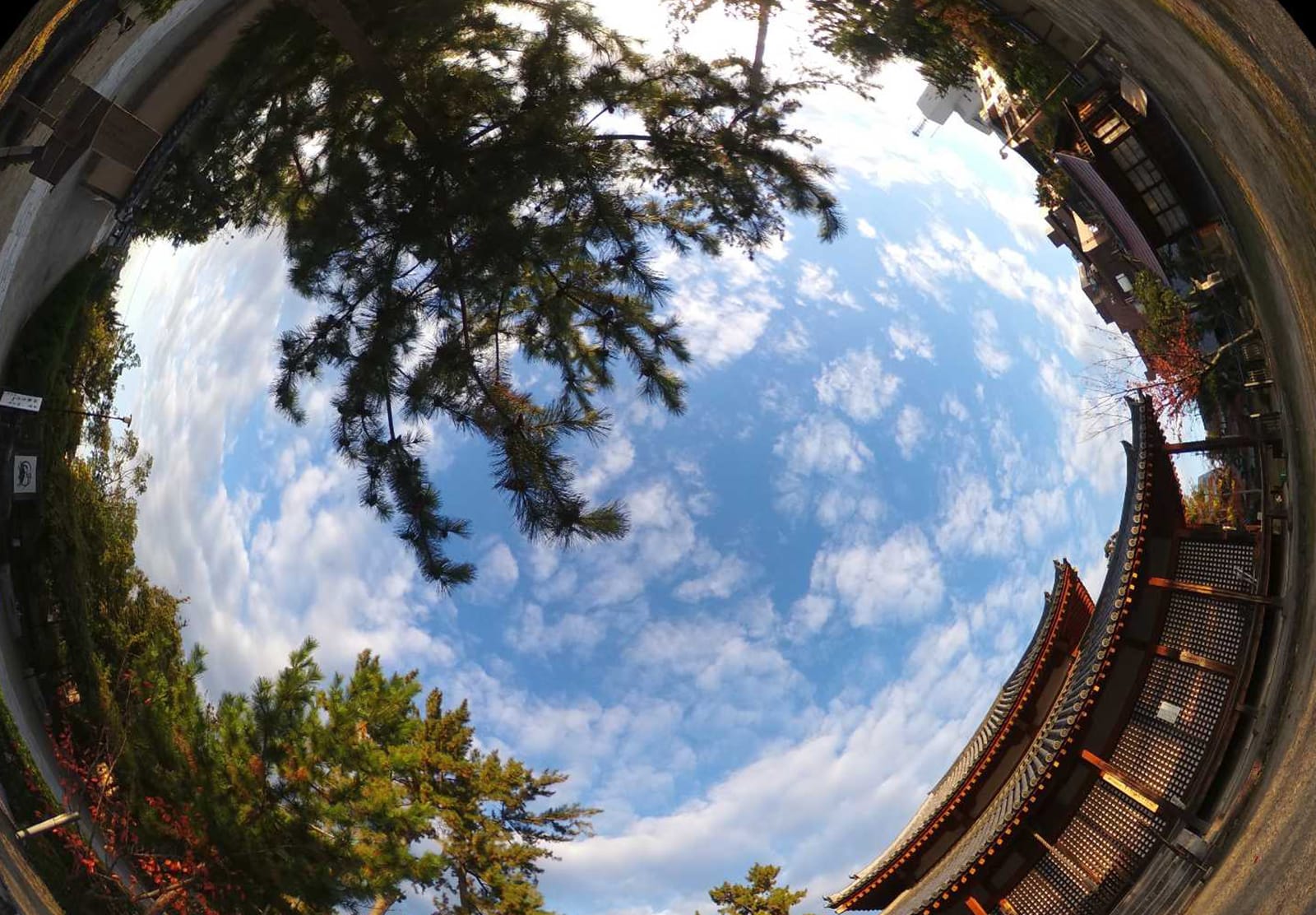 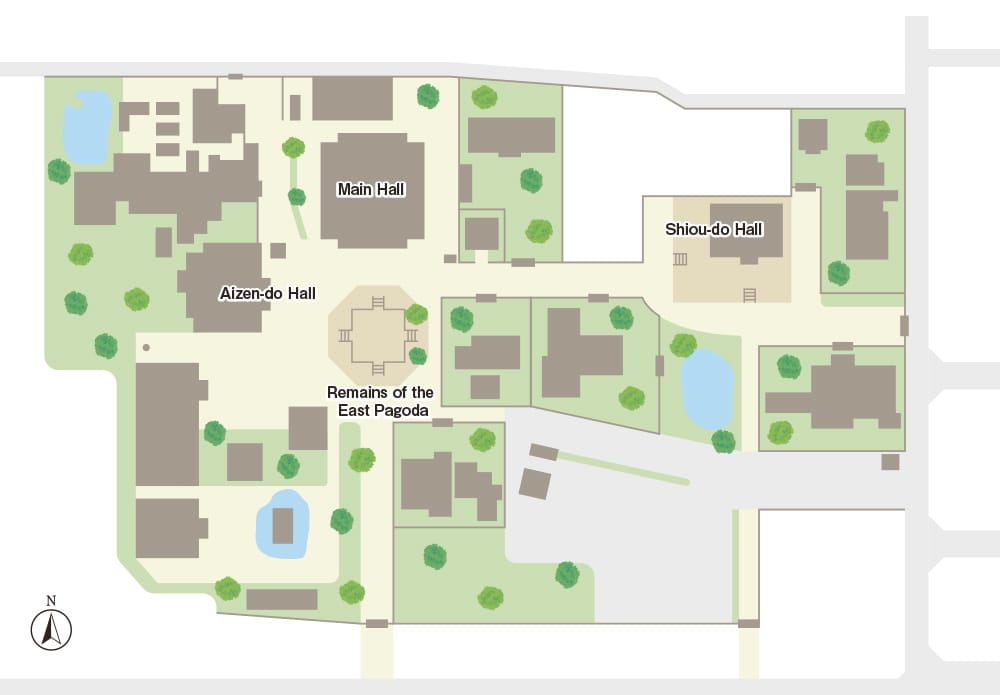